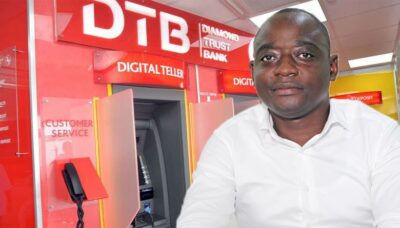 They are complaining about several alleged unjustified circumstances in which Zeija issued directives without granting Kiggundu a right to be heard as the interested party. The lawyers led by Fred Muwema say that the actions appeared to hijack the Judicial process and affect fairness in the administration of Justice.

The head of the Commercial Court Justice Henry Peter Adonyo ruled that the credit facilities offered by DTB-Kenya to Kiggundu were illegal since the bank is not licenced by to carry out the financial institution business in Uganda.

Adonyo also ordered the banks to return the properties that Kiggundu had mortgaged citing that the evidence on record indicates that all the loans obtained were fully settled at law.

But now, Kiggundu’s lawyers say that after the said ruling, DTB Uganda and DTB Kenya filed a notice of appeal and a letter requesting for proceedings which were served to them. The banks also filed two applications seeking a stay of execution of the orders given by the court.

However, the interim order the application was served to them on Monday, a day before the matter was scheduled for a hearing. Despite the short notice, the lawyers say that they filed a reply to the interim order application and went to court for hearing of the case, which, however, did not take place because the Principal Judge had called the file.

The Principal Judge later issued an interim order staying the execution of Adonyo’s decision in their absence. Now Muwema says that the office of the Principal Judge has not given them any official communication indicating its actions of taking their client’s matter.

However, according to the Judiciary Public Relations Officer Jameson Karemani, the Principal Judge, the Chief Justice, the Chief Registrar and the Chief Magistrate all have powers to call for the files under their jurisdictions and give guidance accordingly. He says its wrong for Kiggundu’s lawyers to fault him for doing his work.