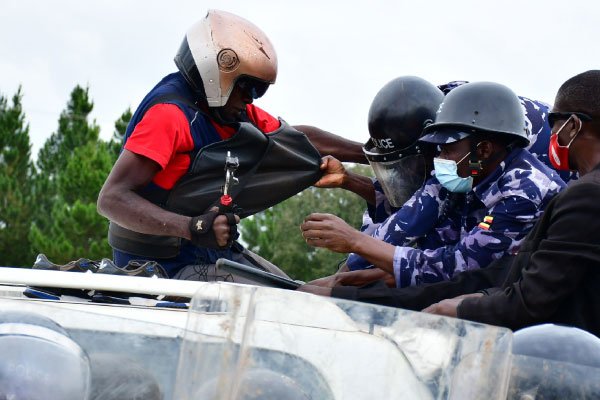 Security organs have committed to protect the rights of journalists as they execute their duties in the country.

While in the meeting, the UPPA President Moses Mulondo petitioned the committee expressing concern over the continued torture, brutality and abuse of journalists’ rights in the country both by security personnel and the UCC.

Mulondo notes that in the recently concluded general elections many journalists while in the line of duty were either shot at or beaten and their gadgets destroyed or confiscated by security officers.

He also further accused the UCC for collaborating with RDCs upcountry to frustrate media programs especially political talk shows where opposition candidates are invited to the extent of even issuing threatening letters or suspending some journalists.

Mulondo blamed the UCC for failing to set up a Communications Tribunal as mandated by the UCC Act which has led to unfair rulings against the media personnel and journalists.

However, in reply, the State Minister for Defense, Jacob Oboth-Oboth assured the committee that they are going to take action against officers who violate human rights since they commit these atrocities in their individual capacity and not before of the security agencies.