Police warns Besigye, over the ‘People’s Front for Transition’ activities. 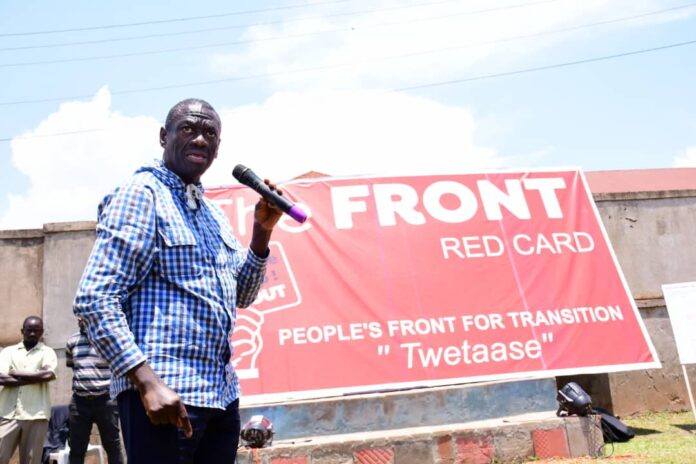 Police have warned the opposition leaders behind the newly formed coalition pressure group, “the People’s Front for Transition –PFT”, never to think of their programs aimed at destabilizing the country.

Last week, the opposition leaders launched the new coalition at the Justice Forum -JEEMA party headquarters in Mengo where the former Forum for Democratic Change -FDC President Dr Kiiza Besigye was appointed the Chairman of the pressure group and he declared their plans of holding several activities in the coming three weeks through which the country will be liberated, top among them defiance campaigns.

Fred Enanga, the Police Spokesperson says that they won’t allow such activities to take place without approvals and clearances from the relevant authorities especially from the Ministry of Health and police given the existence of Covid-19 infections.

Enanga says that those behind such planned activities should follow the law by seeking clearances from the Ministry of Health and also the police as it are prescribed in the Public Order Management Act that regulates holding of unlawful assemblies.

Enanga however, cautioned the leaders of the new coalition to cancel their plans of conducting their activities in public commercial places like markets as well as dropping their intentions of destabilizing peace and security which has been prevailing in the country for the last 11 months.

Posted: Tuesday 12th October 2021 06:44:50 AM
Next:
People’s Front for Transition is not fighting NUP but Museveni- Besigye