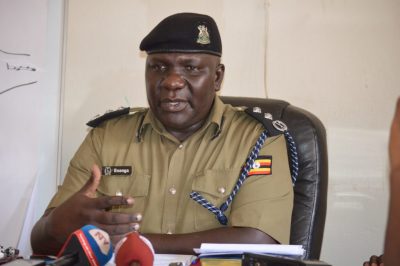 The suspects arrested in connection to vandalism of government utilities will be charged with terrorism, police have noted.

This follows a case where five electricity vandals were charged with one count of terrorism contrary to Section 7 of Anti Terrorism Act 2002 when they appeared before the Mbarara Chief Magistrate Benjamin Seruwo last week.

Fred Enanga, the Police Spokesperson told journalists at Naguru today that all electricity and utility vandals will no longer be charged under thefts and vandalism as it was previously but under terrorism.

Enanga also says that they welcome the move by the office of the Director of Public Prosecution-DPP for charging electricity vandals with terrorism because it will reduce on cases of electricity vandalism in the country.

Last year, the Energy Ministry indicated that they cost a total of Sh75m a week for repair whenever they suffered vandalism across the country.