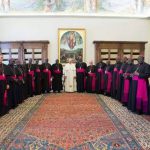 By; Jjunju Francis His Holiness Pope Francis has acknowledge the Uganda Episcopal conference for instilling the spirit of faith but warned never to relent like it’s in South Korea. During the Ad limina meeting with the Catholic Bishops of Uganda Pope Francis decried of ideological weakness towards faith in South Korea a country with a […] 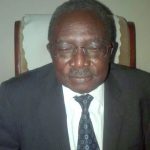 By; Our reporter The ex-Commissioner General of Uganda Prisons Services, Joseph Albino Adriana Etima, has been acclaimed as the “grandfather of prisons reforms”, an educationist, mentor, honest and development-focused leader. Etima, 78, who has been a commissioner with Uganda Human Rights Commission (UHRC), passed on at Nakasero Hospital in Kampala on Saturday evening of chronic […] 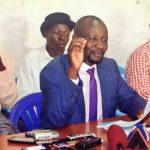 By; Olivia Nabaggala The Opposition Forum for democratic change along with the lawyers of Mukono Municipality legislator Betty Nambooze have vowed to storm Kirudu hospital tomorrow at 11am and pick for a better medical treatment.   The party spokesman Ibrahim Ssemujju Nganda told the press that its better Nambooze breaths her last from her home […]

NO SUSPECTS YET ARRESTED IN CONNECTION TO GRUESOME MURDERS 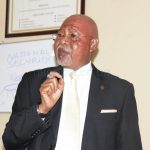 By; Francis Lubega Ministry of internal affairs has confirmed that there is yet no suspects arrested in relation to murders of Arua Municipality Mp Late Ibrahim Abiriga, Andrew Felix Kaweesa and Joan Kagezi. This has contradicted with the state of national address by President Yoweri Museveni’s where he said at least 90 suspects were arrested […]