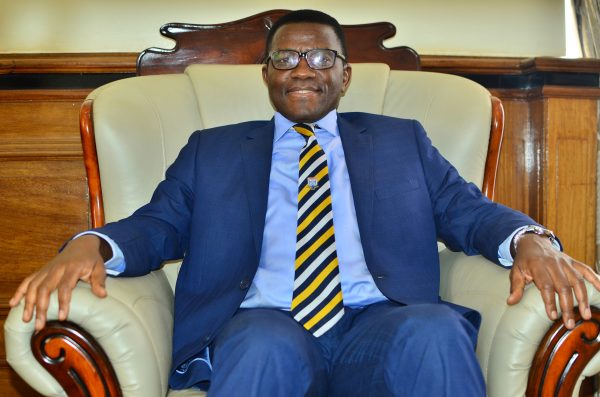 The Katikkiro of Buganda Charles Peter Mayiga has appreciated the press for always informing the country on the developments undertaken by the kingdom.

This was during an event of Mayiga, marking 9 years this Wednesday May 9, 2022 as the kingdom’s Premier amidst the many achievements that have been registered.

While addressing journalists at Bulange Mengo, Mayiga commended the press and asked for their freedom to inform the country to be respected and added that torturing them won’t solve any challenge in the country.

Though Katikkiro declined to reveal some of the achievements during his 9 year tenure, some notable ones include; promoting unity among the people of Buganda, fighting poverty through different programs like Emmwaanyi Terimba drive, promoting culture and development among others.

Meanwhile, the Katikkiro has also confirmed that His Majesty the Kabaka of Buganda Ronald Muwenda Mutebi II will close the Buganda Women’s conference this Friday at his Mengo palace.

This year’s conference will be held under the theme “A Healthy Woman is the Foundation of Development” while highlighting the special place women hold in homes since time immemorial especially in Buganda where they had the responsibility of ensuring that everything moves on well in the home.