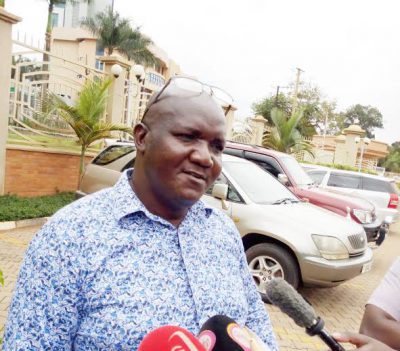 The high court of the Lands division in Kampala under Justice Tadeo Asiimwe has over ruled in the Lusanja land saga ordering for evictions within one month of all the current occupants because the business man Medard Kiconco is the rightful owner of the land measuring 3.89 acres of land.

The 3.89-acre piece of land is part of the 85 acres that the late Paul Katabazi Bitarabeho bought in 1978 from the late Namasole Bagalaayeze Lunkuse, the mother of fallen Buganda King Mwanga.

Bitarabeho’s descendants are said to have sold part of the land to Kiconco, who later evicted close to 200 tenants over illegal trespass maintaining that at the time of buying the land comprised on block 206, plot 671 at Mpererwe in Kampala in 2013 it had only 17 squatters and later in 2016 more people claimed rightful ownership of the land they say is on block 198, Folio 13 in Wakiso district.

Court declaring Kiconco as the rightful owner of the land basing on the evidence presented in court that he legally purchased the land and Justice Asiimwe in interest of justice since they have already lost a lot in terms of property or houses that were demolished.