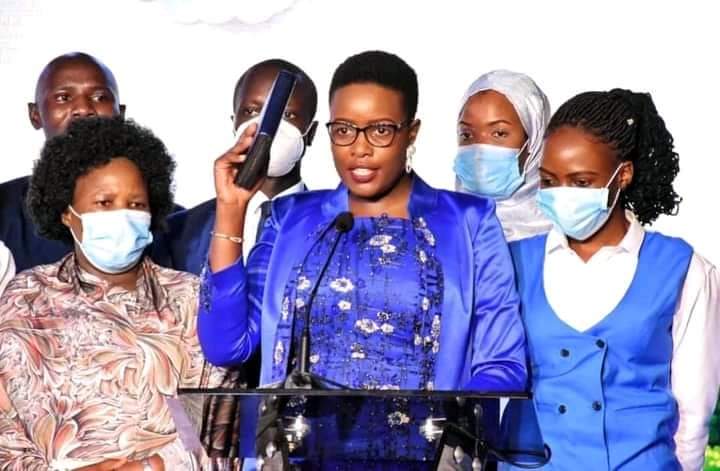 The Lord Mayor Erias Ssalongo Lukwago has reappointed Doreen Nyanjura as his deputy in the new term of office.

In their first sitting this afternoon Lukwago the Lord Mayor noted that under sub section 3 of section 9 of the KCCA Act 2010 that mandates him to appoint his deputy Lord Mayor, he presented Nyanjura to the council for approval as required by the law and was unanimously approved as the new deputy Lord Mayor for Kampala.

Nyanjura was in June last year appointed as deputy Lord Mayor to replace Sarah Kanyike who by then had been nominated for a government job at Kampala Capital City Authority (KCCA) as a director.

She graduated with a bachelor in Tourism and now holds a master’s degree in public policy a member of the opposition Forum for Democratic Change FDC where she is serving as the Secretary for Investment.