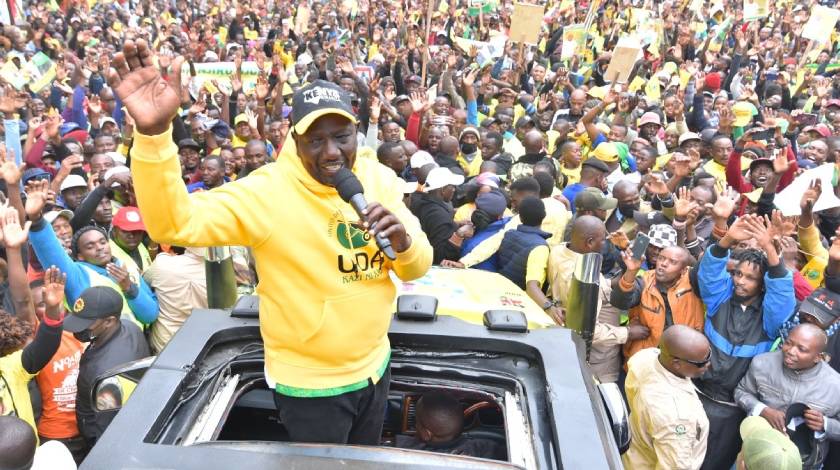 The Deputy President William Ruto has secured court orders allowing him to hold his last rally at the Nyayo National Stadium.

This comes after High Court Judge Justice Joseph Sergon issued a temporary order allowing the party the use of the stadium for their final rally on August 6, 2022.

The order stopped the government from withdrawing the availability of the premises to the party pending the interparty hearing of a suit filed by UDA Secretary General Veronica Maina.

Ms Maina had petitioned Sports Kenya on August 1, 2022, under certificate of urgency, over its decision to deny them the use of Nyayo Stadium but in the court order dated 3rd of August the party was allowed to use the stadium. Sports Kenya the defendants have not responded.

Last month, both Azimio and UDA were embroiled in a push and pull over the rights for the iconic stadium to host their last rally.

The two camps had planned to end their months of campaigns in the capital city and are claiming to have booked Nyayo Stadium for a political meeting on August 6.

Azimio Secretary General Junet Mohammed, who is also Suna East MP in a statement sent to newsrooms, said Mr Raila Odinga and his running mate Martha Karua will hold their last rally in Nairobi on 6th of August, the same venue their archrival DP Ruto is claiming.