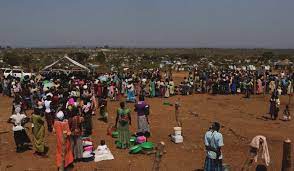 New refugees arriving in Uganda and settled in Nakivale Refugee Settlement, Isingiro District are abandoning plots of land allocated to them by the Office of the Prime Minister (OPM) due to poor social services.

Hundreds of refugees currently fleeing unrest from the neighbouring Democratic Republic of Congo are being settled by the Office of the Prime Minister in Rubondo Zone, one of the areas accommodating new arrivals registered from Kisoro district.

Each of them is allocated a 30-by-30 meter piece of land for their accommodation needs.

But Lachin Hasanova, the United Nations High Commissioner for Refugees (UNHCR) Head of Field Office at Nakivale notes that the settlement has inadequate social services explaining that unlike the base camp at Nakivale which has adequate services, Rubondo Zone lacks some of the essential services among others electricity and a stable telecommunication network.

Mark Mutawe, the Commandant of Nakivale Refugee Settlement acknowledges that Rubondo Zone is facing a big gap in providing sufficient social services to new arrivals, especially in areas of health and education.

Mutawe notes that initially, social services at the settlement had been planned for about 15,000 individuals but the high influx of refugees has put pressure on service delivery.

For instance, Rubondo Zone, now a home to about 44,000 refugees, still has only one Health Center II and only three primary schools.