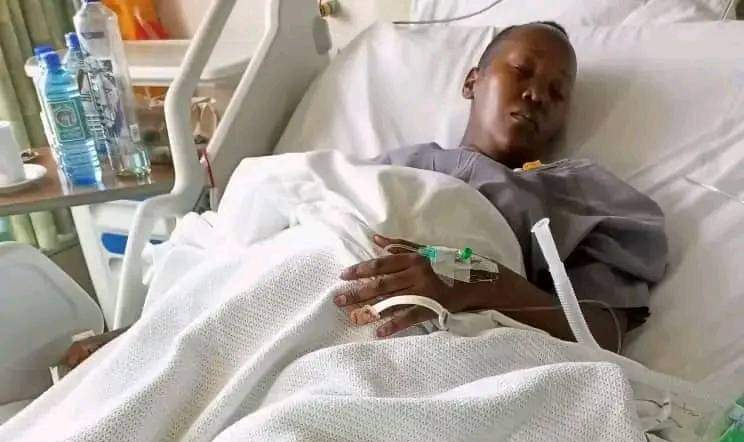 The Kampala Woman Member of Parliament, Shamim Malende is said to have been rushed to the Intensive Care Unit after undergoing abdominal surgery at the Agha Khan Hospital in Nairobi, Kenya.

Lubaga North Councilor, James Mubiru, one of the members who escorted her to Nairobi has revealed that she underwent abdominal surgery on Monday, November 21st, 2022 after doctors noted that she had digested a strange chemical, which affected her.

He said that Malende regained consciousness following the surgery and doctors noted that she would be discharged in a month’s time, however last evening she was rushed to the ICU unceremoniously  when she started complaining of severe stomachache before blacking out.

Malende was first admitted at the Uganda Martyrs Hospital in Lubaga Division, Kampala after she reportedly suffered a seizure while at her Kawempe residence on November 13, 2022.

While in Lubaga, she was placed on oxygen but her condition worsened, prompting her transfer to the Aghakhan hospital on 20th November 2022.

Malende a member of the opposition National Unity Platform-NUP party is one of the lead legal team members representing the jailed colleagues Makindye West Member of Parliament Allan Ssewanyana and his Kawempe North Counterpart, Muhammad Ssegirinya who are facing charges related to terrorism before the International Crimes Division of the High Court.