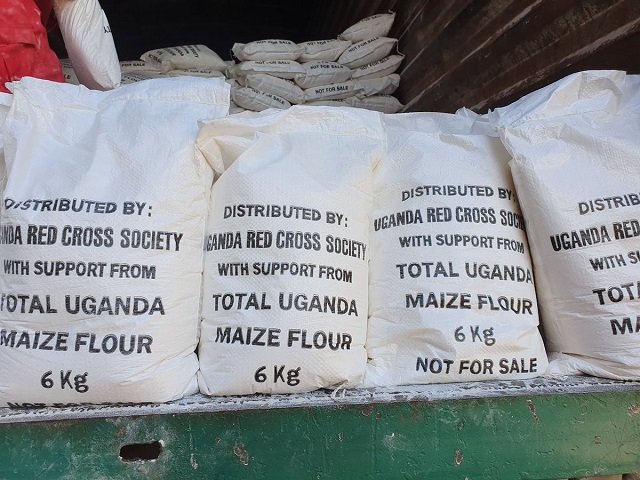 The distribution of relief food to flood victims in Mbale City has been delayed due to inflated numbers.

On Monday, the Office of the Prime Minister delivered 20 tons of maize flour and 10 tons of beans to Mbale City after floods hit the city over the weekend leaving 29 people dead and several others displaced.

But the food is yet to be distributed to the victims.

City authorities and the Mbale Regional Emergency Coordination Center indicated that at least 80 households with over 800 affected persons were supposed to receive the relief items, but Rhoda Nyarib, the Mbale City Senior Environment Officer says that the number of the victims has increased to 3,000.

Joseph Ssenkumba, from Maritsa, an international Non-Government Organization that is participating in the search and rescue mission said that some town agents who are supposed to compile a list of the victims have inflated the number.

The Mbale Resident City Commissioner Ahamda Washaki, says that he is concerned that the food will end up in the wrong hands.

He adds that non-government organizations are taking the lead in the distribution exercise.

Brig James Kinalwa, the National Coordinator of the National Emergency Center said that the food should in the meantime be distributed to the needy victims as the final list is being prepared.

In a condolence message from President Museveni, he has reiterated his stand to save the environment adding that cabinet, next week, will issue directives on all these issues that must be followed this time without hesitation.