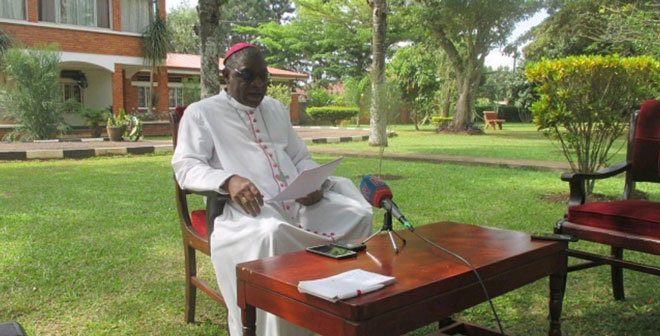 The Kampala Archdiocesan Apostolic Administrator also the Bishop of Kasana Luwero diocese Rt. Rev. Paul Ssemogerere says the government and politicians should forget the past elections and focus on ensuring that justice and peace are guaranteed to Ugandans.

This was while leading the prayers at the Heroes day scientific commemoration at Kololo independence ground today.

Bishop Ssemogerere cited Pope Francis repeated calls for every person to treat one another as a sister and brother than creating enmity which instead results in instabilities in his latest encyclical Fratelli Tutti.

He further says that those imprisoned during elections should be released, marginalized Ugandans especially children and women should be cared for to have a better Uganda.

According to the Human Rights Watch report, Uganda’s January elections were characterized by widespread violence and human rights abuses that included killings by security forces, arrests and beatings of opposition supporters and journalists which could have caused the opposition to disagree with the results.