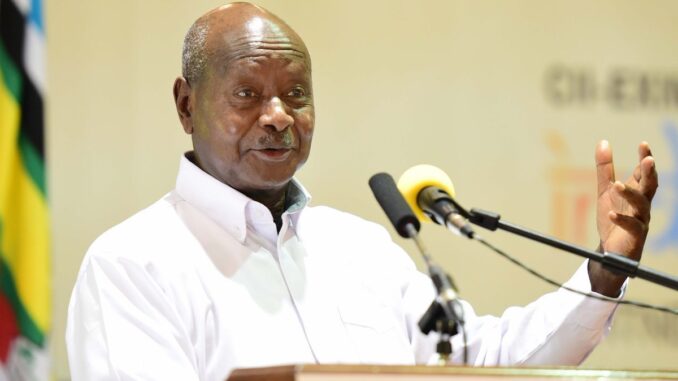 President Yoweri Kaguta Museveni has acknowledged that security forces made mistakes leading to the death of several Ugandans during the November 2020 protests ahead of the general election.

He made the revelation during the 32nd Heroes Day Anniversary ceremony at Kololo Independence Grounds held under the theme, “Remembering those Great Men and Women who put the nation first in pursuing freedom for our motherland Uganda”.

At least 50 people were gunned during the spontaneous protests in Kampala and the neighbouring Wakiso district triggered by the arrest of Robert Kyagulanyi Ssentamu, the National Unity Platform-NUP presidential candidates in Luuka district on November 18th, 2021.

Other people were killed in Mukono, Masaka, Jinja, Luweero and Kyotera among other districts. Speaking at Kololo ceremonial grounds, Museveni said that one of the things that pushed them into the liberation struggle was to stop extra Judicial killings and killing people outside the law.

He said that NRM is very strict on any mistakes done, they make sure it’s followed up, responding to what Bishop Paul Ssemogerere talked about, there were mistakes.

Museveni also acknowledged the mistakes by the ruling party like overreacting when faced with a situation, which he partly attributed to poor leadership like lack of proper briefing of soldiers adding that his government he leads cannot condone extrajudicial killings.

Meanwhile, the National Chairman for Luwero Triangle War Veteran Association Hajji Edrisa Sseddunga urges government to delegate an official at the level of minister to be in charge of counteracting words from opposition that always put fear into them that the country could return into wars.