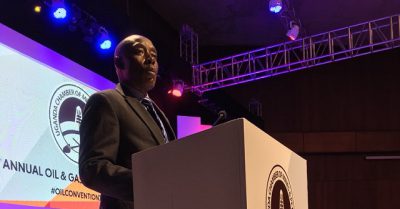 The meeting comes amidst concerns that much as minerals such as sand, gravel and salt may have a low price per ton, their value for domestic development and potential to create employment is higher compared to the most talked about minerals like copper and gold.

Uganda is among the countries being targeted under the ACP-EU Development Minerals Program implemented in partnership with United Nations Development Programme (UNDP).

With 70 percent of the world’s population expected to live in cities by 2050, it is projected that sand, Salt, now known as ‘Development Minerals’ will play a crucial role in building homes and urban environments.

A report released last month indicated that if artisanal mining for Development Minerals, which amount to an estimated USD 350 million (1.2 trillion Shillings) per annum, were integrated within official statistics, Uganda’s GDP would increase by 1.4 percent.

Energy Ministry Permanent Secretary, Robert Kasande says, not later than July this year government will have formulated laws and regulations for Development Minerals.