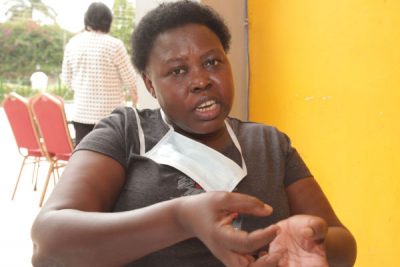 Uganda has confirmed five more positive cases of Coronavirus including two of the six Chinese that escaped to Zombo district recently that now makes a total of 14 cases.

This news has first been broken by the State Minister for Primary Healthcare Dr. Joyce Moriku Kaducu via her twitter handle saying that the Chinese cannot be presented in court for fear of further spread.

The said Chinese were arrested in Zombo district on Sunday while trying to flee out of the country after escaping from quarantine at Africana hotel in Kibuli, a Kampala city suburb in Makindye division.

Updating the country this afternoon, Dr. Henry Mwebesa, the Director General Health Services in the Ministry of Health said the other three cases are Ugandans including a 63year man a resident of Najjanankumbi who travelled from Germany last week upon testing him from self-quarantine, results turned positive.

He further says that the second Ugandan case is a 57year old man in Adjumani district dealing in salt trade at the border crossing point between Uganda and South Sudan while the third case is an eight month baby in Iganga whose father travelled to Kisumu in Kenya.

However, he retaliate that all the first confirmed nine cases are improving at Entebbe hospital while a total of 2661 travelers identified as potential risk are undergoing both self or institutional quarantine.