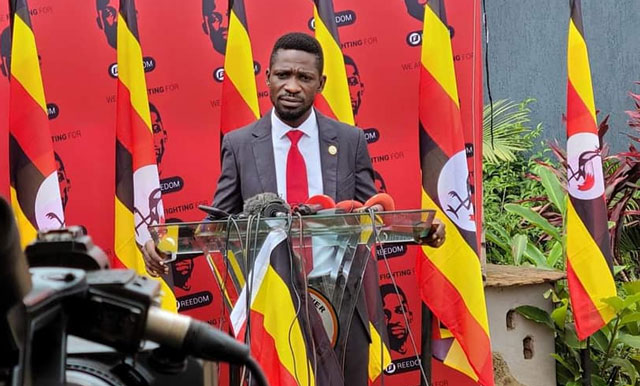 The party spokesperson Opio Okoler told the media in Kampala that the option of resorting to the public court by the NUP leadership left Judiciary to the citizens for them to see how courts have compromised truth and justice in this country.

Opio adds that due to fact that president Museveni appoints judges it is difficult for one to expect fairness in a case where he is a direct beneficiary but this should be an eye opener for parliament to work upon rectifying such anomalies in the constitution.

Yesterday Kyagulanyi directed his lawyers to withdraw their presidential elections petition a day after President Museveni, the Electoral Commission and the Attorney-General filed 185 affidavits in response to the 53 grounds that the National Unity Platform (NUP) legal team had raised to prove that the 2021 elections were rigged, and conducted in a not free and fair.

DP contends that after all the unbecoming incidents where security forces have suffocated, tortured and brutalized citizens with the most recent being the beating of journalists as Robert Kyagulanyi petitioned the UN Human Rights Commission on February 17 in Kololo, democratic seeking Ugandans should rise  to liberate the country.

Opio says time is now for the Opposition Political parties that have failed to form a coalition in the last 30 years to come together to change their strategies and become one for a formidable force that will liberate Uganda.