DP, believes in coalition but fears People’s Front for Transition. 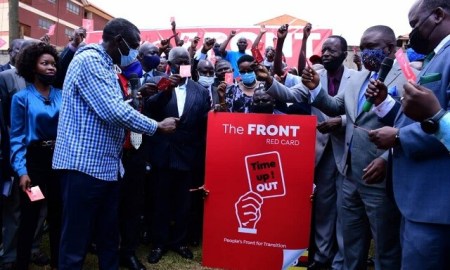 The Opposition Democratic Party (DP) has welcomed the People’s Front for Transition PFT initiative intended to conglomerate energies towards regime change although they are still reluctant to join the pressure group.

Okoler Opio the Party Spokesperson’s told the media today during press conference at city house Kampala that DP believes that meaningful coalitions must not be built on flimsy grounds and there needed to be exclusive consultations on how they can work together as change seekers, for this country.

Opio adds there was no need to rush, but rather think of talking before merging efforts to build meaningful coalitions.

Previous:
NIRA, has no printing Machines to produce IDs.