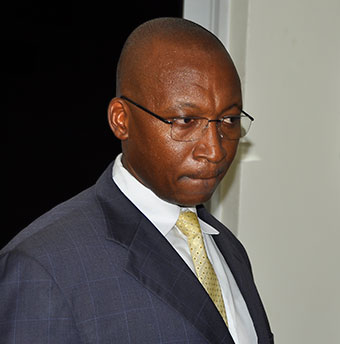 The Anti-corruption court has discharged and set free former State Minister for Labour Herbert Kabafunzaki after payment of a fine that was accorded to him as a sentence.

On the 8th October 2021 Kabafunzaki was convicted and sentenced before lady justice Margret Tibulya on two counts of corruption.

On count 1 he was fined to pay 5milliion or in default serve a term of 3 years imprisonment and same applies on count two.

However in her ruling justice Tibulya ordered that if he chooses to pay the fine the sentence should be consecutive where he has to pay 10 million while if he chooses prison the sentences should run concurrently.

In the same ruling court ordered that the cash bail money  be fortified to the state since the convict jumped bail.

In a letter dated 11th Oct 2021 signed by justice Margaret Tibulya, it shows that Kabafunzaki has paid the fine of 10 million as ordered and has been set free unless if held accountable on other matters.

Kabafunzaki was in 2017 arrested together with two others at Kampala Serena Hotel for receiving a sh5 million bribe as partial payment for the sh15m they had solicited from AYA Investment boss, Mohammed Hamid.

Posted: Thursday 14th October 2021 06:16:21 AM
Next:
Government to revise enforcement to curb illicit alcohol in Uganda