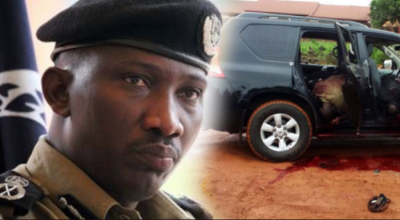 The Court of appeal Judge Christopher Madrama has adjourned to the 2nd of May the hearing of a petition filed by Sheikh Yunus Kamoga challenging high court ruling of life imprisonment.

This followed the prayer from the state Attorney Lillian Omara seeking for more time to study the papers and files of the said sureties of the accused.

Kamoga and his co-accused through their lawyer Robert Kamoga appealed against the judgment and applied for bail since the state had failed to present implicating evidence against them.

The Nakawa Chief Magistrate Noah Sajjabi has given prosecution one month to conclude investigations into the killing of former Police Spokesman, Andrew Felix Kaweesi or court dismisses the case.

Since Kaweesi was gunned down together with his driver Godfrey Mambewa and bodyguard, Kenneth Erau on March 17, 2017 at Kulambiro and arrest of 19 suspects who are still charged with three counts of murder and terrorism, the state prosecutor, Florence Akello says they were still carrying on investigations for which they needed court to grant more time which the defense lawyer, Anthony Wameli had earlier denied.