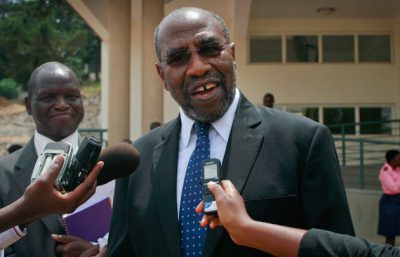 The National Resistance Movement (NRM) government has launched 2019 Manifesto week saying that they have implemented 62 percent of the 2016 Manifesto.

May 12th 2019 NRM will be marking three years since His Excellence President Yoweri Museveni and the party started a five year mandate of leading the country following the 18th February 2016 General elections.

Addressing the media in Kampala today, the Prime Minister Dr. Ruhakana Rugunda says they are using this Manifesto Week to take stock of what has been achieved so far, the challenges that encountered, the steps being undertaken to address those challenges, and the roadmap to accomplish the remaining tasks.

However, he admits that though government has achieved a bigger percent of its manifesto, there are 38 percent that are yet to be implemented due to challenges like delays in acquisition of land for flagship projects across sectors, fight against corruption has been re-enforced by the recent establishment of a State House unit led by Lt Col Edith Nakalema to fight corruption.