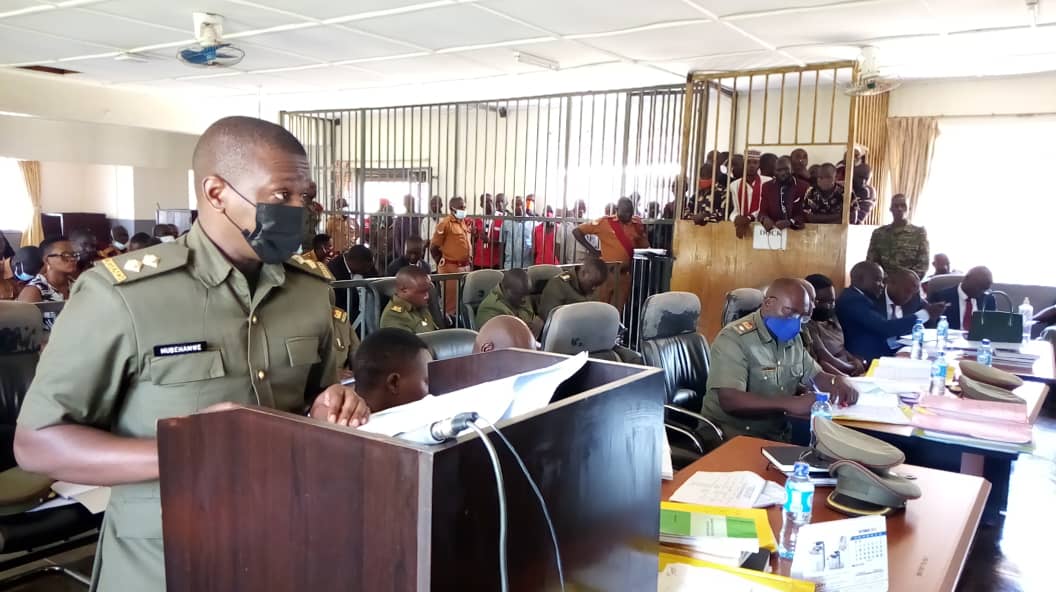 Prosecution alleges that between November 2020 and May 2021 in diverse areas of Jinja, Mbale, Kawempe, Kireka, Nateete, Kampala Central these people were in possession of thirteen (13) pieces of explosive devices which are ammunition ordinary the Monopoly of the Defense forces.

When the matter came up for ruling on Monday, military prosecutors led by Raphael Mugisha asked the court to deny bail to the accused persons on grounds that they lack substantial sureties and their release will interfere with the investigations.

However, the suspects through their lawyers led by George Musisi protested the prayers by the prosecution, saying that they have spent fifteen months on remand without the prosecution informing them when the investigations will be complete.

Musisi adds that no evidence has been brought by the state to pin the accused persons ever since they were put into government detention and matters to do with substantiality of sureties are discretion of this Court.

The case was adjourned to 11th October 2022 for further ruling.

Posted: Tuesday 27th September 2022 05:58:03 AM
Next:
33 government cars, among impounded vehicles over impunity on roads