The Mother General of IHMR Sr. Namusisi meets Pope Francis on her tour to the foreign missions. 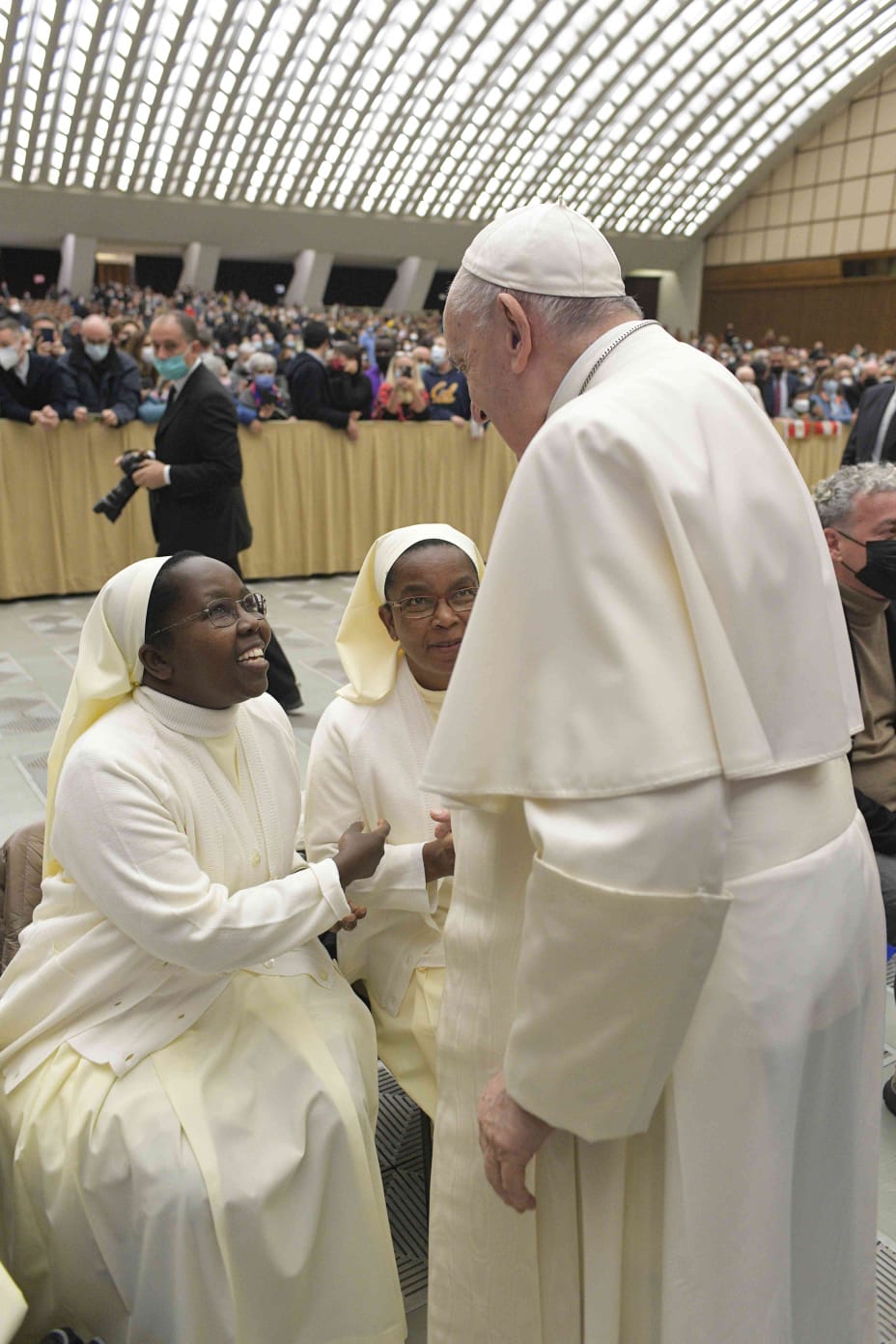 The Mother General of the Sisters of Immaculate Heart of Mary Reparatrix Ggogonya Kisubi IHMR Rev. SR. Speranza Namusisi who is currently on a pastoral visit in Europe met with Pope Francis in a rare occasion shortly after his general audience held every Wednesday on December 1, 2021.

Sr. Namusisi and other Sisters of IHMR in diaspora, got an opportunity of sharing a light moment with Pope Francis in Rome, who visited Uganda in November 2015.

The Mother General was accompanied by Sr. Maria Juliet N. Ssanyu, the coordinator of the IHMR foreign missions in Europe and North Africa where the nuns work in different fields especially in health as part of the vocation to care for the weak and sick.

Sr. Namusisi who is on what is called a canonical visit to the sisters serving in the IHMR foreign missions in Europe, since November 10th 2021 when she left Uganda, While in Italy, opened a new community in Assisi, which will initially be having 3 members. The ceremony was attended by the Christians of the region, from where the famous Saint Giovanni di Pietro di Bernard, Popularly known as Saint Francis of Assisi (1182 – 3 October 1226), was born.

The Assisi mission is in addition to other IHMR members present in Germany, US and Algeria.

Rev. SR. Speranza was elected in the last 11th chapter held in October 2019 as the mother general after working in several places including Nkozi University. She replaced Sr. Annie Christine Kizza who served for two terms of 6 years each since 2007.

The institute of the Immaculate Heart of Mary Reparatrix Ggogonya was founded in 1948 by the three personalities Bishop Henry Streichter as the Charismatic founder, Sr. Magella Nambi as the feminine character and Archbishop Joseph Luis Cabana as the apostolic founder.

Previous:
Catholic Church in Uganda launches consultations for the 2023 Synod.