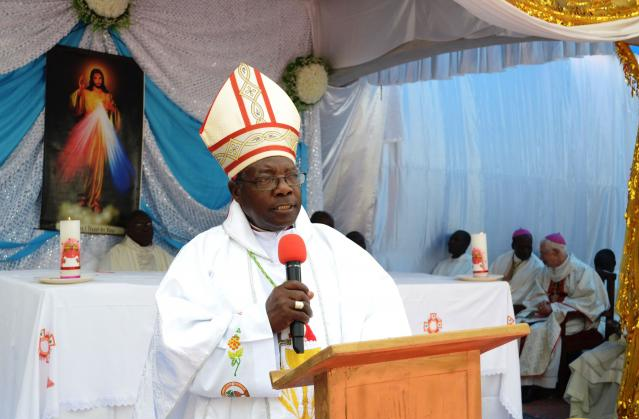 Uganda Episcopal Conference and the entire catholic fraternity in Uganda is mourning the demise of the man of God Rt. Rev. Bishop John Baptist Kaggwa who breathed his last at Mulago on January 20, 2021.

Bishop Kaggwa (77), is said to have died of Covid-19, after spending three weeks at the national referral hospital Mulago where he was admitted since the beginning of January 2021.

Bishop Emeritus of Masaka Diocese John Baptist Kaggwa who retired in 2018, as Bishop of Masaka served for at least 20 years, in this historical diocese where the first black archbishop in the south of Sahara  His grace Joseph Kiwanuka came from, who was also the first African Bishop to lead Masaka diocese, followed by Bishop Adrian Kivumbi Ddungu and Bishop John Baptist Kaggwa all late.

Bishop Kaggwa was born on 23 March 1943 at Bulenga, Busiro County, Wakiso District. He attended Lubaga Boys Primary School from 1952 until he completed Primary 6 in 1957. He then joined Kisubi Minor Seminary in 1958. While at Kisubi, he studied Latin. Later he joined Katigondo Major Seminary, were he studied Philosophy.

After his doctoral studies, he was appointed vice-rector of the Pontifical College of St Paul, in Rome, where he served for five years before he returned to Uganda in 1980s and was appointed the first rector of St. Mbaaga Seminary at Ggaba.

On 19 December 1994, he was appointed the coadjutor Bishop of Masaka. He was consecrated bishop on 24 June 1995 by his predecessor, Bishop Adrian Kivumbi Ddungu. He succeeded as Bishop of Masaka, Uganda on 10 January 1998.

On 6 July 2019, Bishop John Baptist Kaggwa was the Principal Consecrator of his replacement, Bishop Serverus Jjumba as the Ordinary of Masaka Diocese.

Under his stewardship, Masaka Diocese achieved many development projects, starting with MAADO a diocesan social-economic development project that has helped to transform communities, construction of new schools, rental houses, farms and plantations and two shopping arcades one in Masaka and in Kampala.

Bishop Kaggwa has been an open person, a leader and a role model. In the run up to the general elections of January 2021, Bishop Kaggwa advised government to consider postponing the polls if aspiring candidates could not hold open air campaigns under the current coronavirus situation. This was due to high restrictions to contestants and security brutality that had been seen at the time.

He was chairman in charge of the seminaries and priestly formation or vocation at the Uganda Episcopal conference for long until 2019 when he became deputy to Rt. Rev. Bishop Joseph Kibira of Kasese Diocese.

“May His Soul Rest in Eternal Peace”