UNEB will conduct examinations in accordance to MOE. 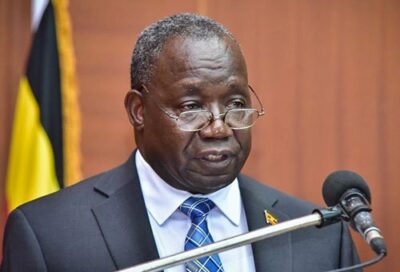 The Uganda National Examinations Board (UNEB) Executive Secretary Dan Odongo has refuted claims of ‘clashing’ with the Ministry of Education on the dates of re-opening schools.

In a letter dated September 9, 2020 Odongo said that UNEB will not make any comments on how or if they are ready to conduct the national examinations if schools re-open before getting an official communication from President Yoweri Museveni or the Minister of Education and Sports, Janet Kataha Museveni.

President Yoweri Museveni, during the national prayers on 28th August at State house Entebbe directed his team of scientists and advisors on the Covid-19 response to study and advise him on how to re-open places of worship and schools that have been closed since March 20, 2020.

Universities and other tertiary institutions of learning especially those that conduct science courses have been Okayed to set final examinations for finalists and its romoured that the ministry of education is in preparations to allow opening of primary and secondary schools to only candidates on September 20.

Several reports have also pointed out that candidates will go back on September 20, 2020 for the second term which would run until mid-December and report back early next year for third term and final examinations.

Odongo says, “UNEB is proceeding with its preparations to conduct the national examinations at an appropriate time and in accordance with a revised school calendar which will be published by the Ministry of Education and Sports when schools re-open.”