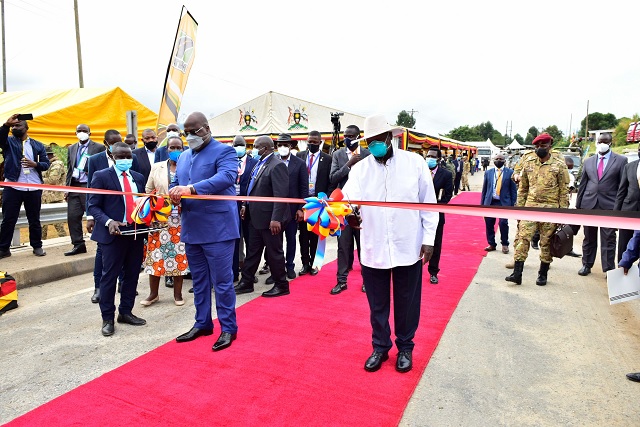 The Democratic Republic of Congo (DRC) was Uganda’s number one source of trade surplus in 2020 according to Bank of Uganda trade statistics.

Uganda earned $241 million in trade surplus from DRC in 2020, and $177 million estimated informal trade exports that push the figure to $418 million trade earnings.

This makes DRC Uganda’s number one source of trade surplus.

Second to DRC is South Sudan. Uganda earned $276 million (trade surplus) from goods exported to the country, slightly above DRC formal trade earnings. The $80 million estimate of informal trade exports to South Sudan is almost half of DRC’s estimate.

For countries such as Kenya and Tanzania, Uganda’s other main trading partners in the region, Uganda’s export earnings are subdued by a large import bill, tilting the balance to trade deficit. For instance, Uganda exported goods worth $465 million in 2020 to Kenya but imported goods worth $809 million. This means Uganda’s trade deficit with Kenya was more than $300 million in 2020.

In 2019, Uganda exported goods worth $194 million to Rwanda and the value of exports diminished to $5 million in 2020 a year after the border was closed, according to statistics from Bank of Uganda.

Three roads (330 kilometers long) will be constructed in DRC Uganda contributing 20% of the cost of the roads.

They are: Nebbi-Goli Mahagi-Bunia (190kms), Bunia-Bogoro-Kasenyi (55km) and Rwebisengo-Budiba-Buguma-Nyiyapandam, including Budiaba Bridge across River Semuliki (49km) which one Africa Kiiza, a trade negotiations and policy analyst at Southern and Eastern Africa Trade Information and Negotiations Institute (SEATINI) says is a viable project.