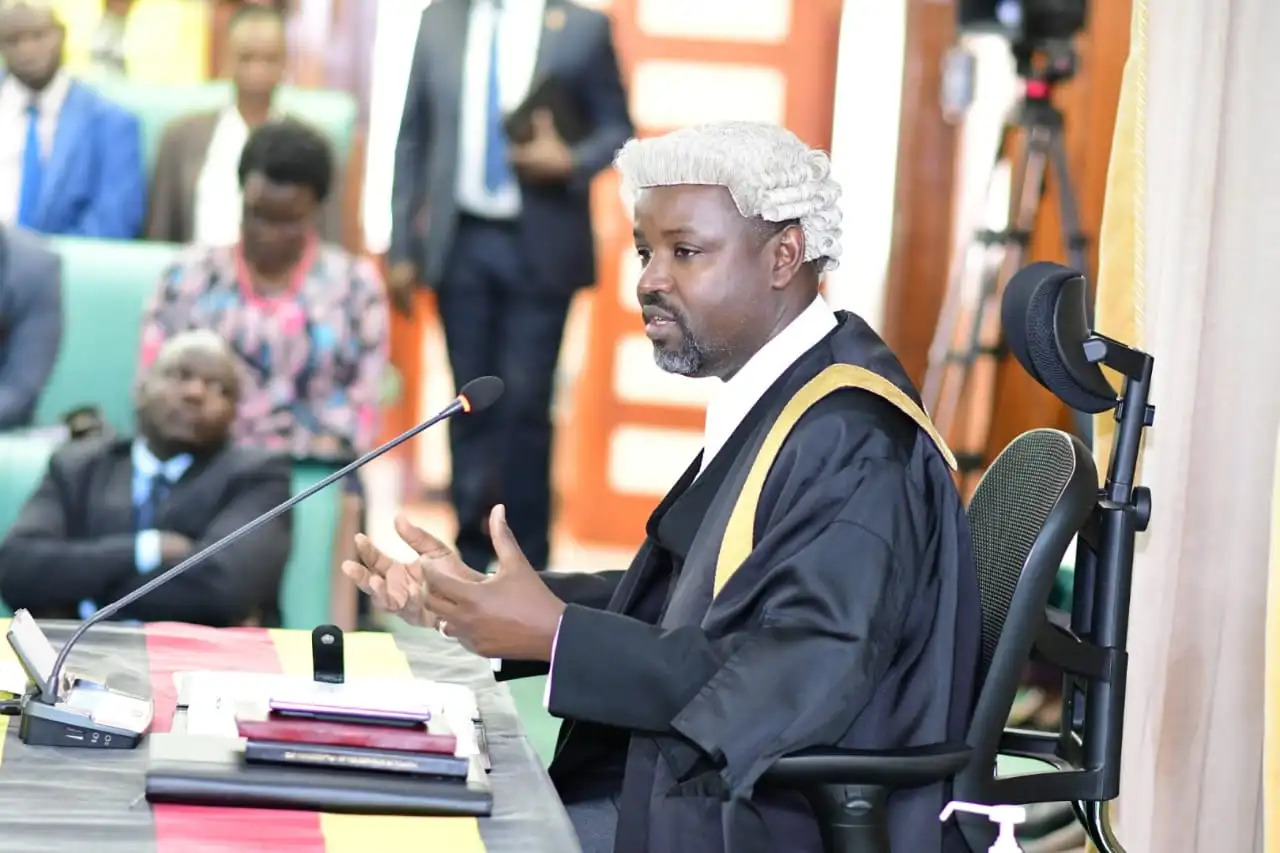 The Deputy of Parliament, Thomas Tayebwa has directed authorities at the Ministry of Works and Transport to explain why powerful sanctions haven’t been placed on Entebbe International Airport staff involved in extorting money from travelers.

In his communication from the chair on Tuesday afternoon, Tayebwa said powerful criminal charges should be preferred against whoever is involved in the corruption syndicate at the airport.

While chairing Tuesday’s session, Tayebwa further condemned the action of the Uganda Civil Aviation Authority –UCAA of merely suspending or sacking the accused officers rather than arresting and charging them for corruption.

According to authorities, all staff at the airport are required to wear their name tags for easy identification but also as one of the ways to curb such vices like extortion.

In the videos, travelers complain about extortionist tendencies by airport officials.

The allegations range from immigration officials disputing documents to tampering with travelers’ luggage.

In some cases, travelers said that, if they were unable to pay a bribe, they would miss flights and, as such, had no choice but to re-book.

This alleged corruption happened, despite the airport having cameras in all strategic places.

UCAA said it had reached out to complaints for assistance in cracking down on the alleged corruption.

The alleged bribes range from at least UGX 350,000 depending on circumstances.

Last year, according to reports, three immigration officers were arrested at Entebbe International Airport on allegations of abuse of office after they reportedly caused a traveler to miss her flight.

It was claimed that she had forged clearance documents from the Office of the Prime Minister.

They were arrested after a whistleblower tip-off.