Police arrests some suspects in connection to Gen. Katumba attack 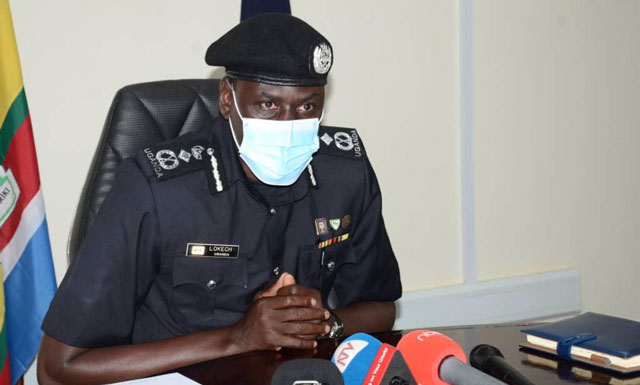 The Deputy Inspector General of Police Major General Paul Lokech has revealed that they have received a number of descriptions of the suspects behind the attempted assassination of the former Army Chief of Defense Forces Gen. Edward Katumba Wamala.

Lokech who has not released the details of the suspects, said that the investigations are going on smoothly and soon the perpetuators involved in the double murder of Gen Katumba’s daughter and driver Haruna Kayondo as well as his attempted murder will be arrested.

This comes after the Police Spokesperson Fred Enanga revealed that they picked statements from witnesses and few people of interest believed to be having information about the double murder and attempted murder at Kisaasi- Kulambiro road in Kampala.

Lokech warns that whoever was involved planned; prepared and executed the assassination will be tracked down and arrested.

Meanwhile, Lokech assures the country that police will ensure the public follows the provisions of the partial lockdown and curfew.

Previous:
Centenary Bank wins an award as Most supportive Bank