By; Ben Musanje The Kabaka of Buganda Ronald Muwenda Mutebi has condemned greed among leaders at all levels which facilitates corruption that is killing the country. Addressing the subjects at the his silver jubilee cerebrations in Lubiri Mengo this evening, Kabaka said that corruption has failed every project and service be it;, education, health services […] 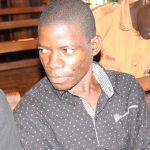 By; Charles Katabalwa Kampala High Court of the Criminal Division under Justice Jane Francis Abodo has set August 3rd to hear the bail application of Brian Isiko who was convicted of misuse of computer when he suggested love to the Kabarole Woman Member of Parliament Sylvia Rwabwogo.   Isiko through Katuntu & Co advocate appealed […] 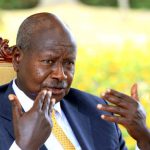 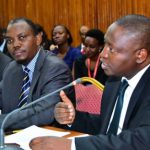 By; Francis Lubega   The State Minister for Finance David Bahati has appeared before Members of Parliament to justify government’s position to reduce the tax on mobile money withdrawals from 1% to 0.5%. Bahati clarified to MPs on the Finance Parliamentary Committee that  the Excise Duty amendment No. 2 bill 2018 which is an amendment […]