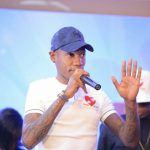 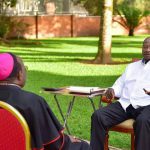 By; Peter Ssebulime   The Archbishop of Kampala Dr Cyprian Kizito Lwanga has revealed to have had a meeting with President Yoweri Museveni yesterday over issues of spying on them he made public on Good Friday which raised serious concerns. Dr. Lwanga says their meeting was fruitful and was sure the president was to act […] 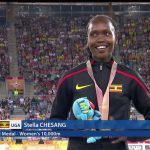 By; Our Reporter Stella Chesang has won for Uganda the 2nd gold medal in 10,000 m women’s finals in the ongoing 2018 Gold Coast Commonwealth Games in Australia. She is the second athlete to win gold for Uganda after; Joshua Cheptegei’s won the country the same medal in the men’s 5000M race yesterday. Mercyline Chelangat […] 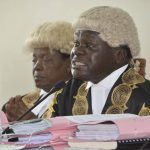 By; Our Reporter The hearing of the constitutional petition challenging last year’s passing and signing of the Constitutional Amendment No. 2 of 2017, that removed the presidential age limit has started in Mbale this morning. The Constitutional Court is handling a petition comprising of 5 different petitions filed by Male Mabirizi Kiwanuka, Karuhanga Kafureka, the […]