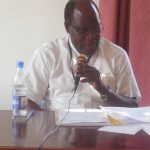 By; Jjunju Francis Tororo Archdiocese has officially launched preparatory meetings for this year’s 3rd June Uganda martyrs day celebrations under the theme; Lets walk in the light of God. The Vicar General of Tororo Archdiocese Msgr. Kevin Musisi has been appointed by Archbishop Emanuel Obbo to chair all the meetings on his behalf alongside the […] 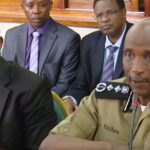 By; Francis Lubeba The inspector General of Police Gen Kale Kayihura has surprised parliament to say that he was also shocked to learn of the release of the notorious criminal Paddy Serunjogi aka Sobi who was arrested on Monday over his alleged involvement in criminal activities. Gen. Kayihura says he learnt of Sobi’s release the […] 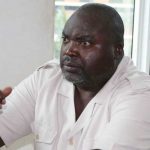 By; News room The former National Social Security Fund (NSSF) managing director David Chandi Jamwa who was handed a 12-year jail sentence by the Anti-corruption court of Appeal on Monday has run to the Supreme Court to challenge the decision. In the notice of appeal lodged today in the Supreme court’s criminal registry, Jamwa through […] 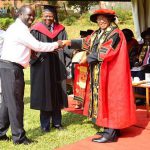 By; Ben Musanje Makerere University Chancellor Prof Ezra Suruma has challenged graduating students to work for the restoration of Africa’s dignity by addressing the challenges that have made the continent a laughing stock. He says the dignity of the African nations and the Africans is now being openly and blatantly attacked and abused. Dr Suruma […]