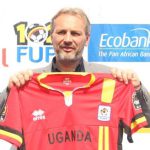 By; Gombe David The Federation of Uganda Football Association (FUFA) has this afternoon unveiled a new Coach for the National Men’s team, the Uganda Cranes. Sebastien Desabre, 41, the former coach of El Ismaily in Egypt has been appointed the head coach and will be assisted by Mathias Lule and Fred Kajoba (Goal keeping Coach) […] 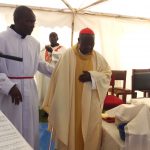 By; Peter Ssebulime His Eminence Emmanuel Cardinal Wamala has celebrated his 91st birthday, 60 years of priest hood and 36 years as a bishop. The special celebrations have been organized by the 50 member delegation of Catholics led by the State Minister for Higher Education Dr. John Chrysostom Muyingo at his residence in Nsambya. The […] 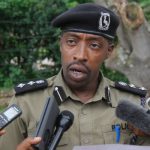 By; Ben Musanje Uganda Police Force has challenged a story by the Daily Monitor claiming that Forty Five Rwandan refugees are held in a dreaded Nalufenya facility for two weeks on unknown charges. According to the story, the suspects from Nakivale settlement camp in Mbarara comprised of women and children were arrested on allegations of […] 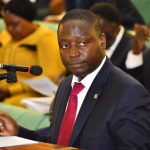 By; Our Reporter Government has set a higher revenue collection target in the 2018/2019 financial year. According to the budget framework, tabled by the State Minister for Finance, David Bahati before parliament last week government estimates to collect Shillings 15.547 trillion in the 2018/2019 financial year from domestic sources. Shillings 15.1 trillion is expected to […]