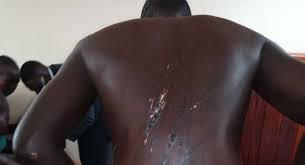 The District Kadhis for Greater Luwero Muslim districts have condemned the killings and torture of suspects accused of participating in the shooting of former Chief of Defence Forces (CDF) General Katumba Wamala.

Recently the suspects appeared before Nakawa Chief Magistrate’s Court with severe wounds on their bodies and are currently under treatment at Kitalya prisons.

Police also confirmed they shot dead four other suspects during their arrest.

Speaking at Eid Al Adha celebrations at Kigombe mosque, the Luwero District Kadhi Sheikh Ramadhan Mulindwa condemned the torture and the killing of suspects saying it’s a violation of the right to life which can only be taken away by Allah.