GOV’T APPOLOGIZES FOR OMITTING BUGANDA ON THE MAP 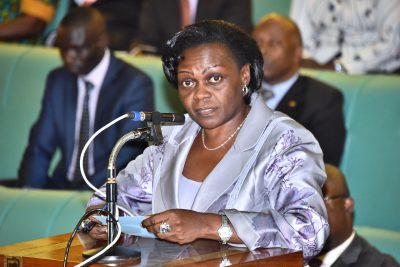 Government has apologized to Buganda Kingdom for omission of Buganda region on the Uganda vaccination map that was released early this month.

The map showed how different regions performed in regard to basic vaccination of children but excluded Buganda.

The Kabaka of Buganda Ronald Muwenda Mutebi noted with dissatisfaction against this act as he mentioned about it at his birthday celebrations in Masaka district recently.

Today, the chairman of the Buganda parliamentary caucus also Mukono South Constituency representative Muyanja Ssenyonga demanded for an explanation from government on the intentions of the act that has left the masses in Buganda region aggrieved.

The State Minister for health in charge of General Duties Sarah Opendi apologized and explained that it was a technical error that is to be rectified.