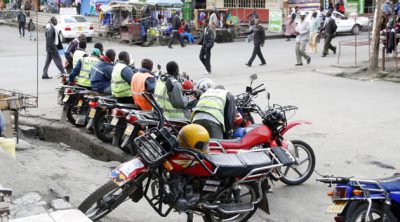 Boda Boda riders’ have called for tough actions against their attackers possibly life imprisonment to serve as a deterrent measure.

The spokesman of Boba boda Team Hakuna Mucheze group Moses Jjemba told the media today in Nateete that many of their colleagues have been brutally killed others nursing permanent injuries after they were attacked by murderers who stole their motorcycles which are their source of income.

Today Nateete Boda-boda riders together with Jobless brother hood activist Habibu Buwembo rescued a boda –boda rider Godfrey Lukwago who was brutally attacked and his motor cycle taken. They have taken him to Lubaga Hospital.

Meanwhile Boda boda riders and other people have given their dissatisfaction about the ongoing killing of boda boda men.

Previous:
The seal for the Custodian Board not seen