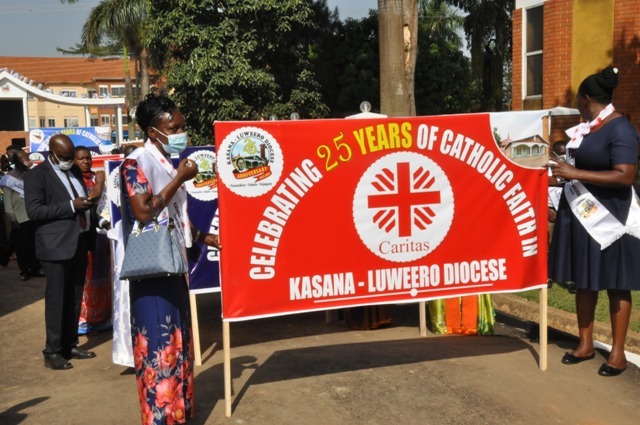 The Kasana Luweero diocesan administrator Msgr. Francis Xavier Npanga has noted with gratitude the remarkable contribution of the Bishops, priests and Christians for the diocese in the last 25 years.

Among other notable areas; at the time when the diocese started in 1997, it had  17 priests currently they have 73 diocesan priests serving in 20 parishes in and outside the diocese, religious institutions are 17 for both men and women, the diocese currently has 161 primary schools , 17 secondary schools and 4 vocational schools.

The diocese also has a minor seminary named after saint Kizito in Nandere with a student population of 185 and 17 hospitals from 7 at the time of erection that are striving to save lives.

Msgr. Mpanga says all these achievements are counted to all people of Kasana Luweero spread in Nakaseke, Luweero and Nakasongola districts.

He has hailed God for having kept them to celebrate 25 years, the contribution of the two Bishops more so the late Archbishop Cyprian Kizito Lwanga who started the diocese. They promised to decide wither to form a memorial lecture, a foundation or a monument in his remembrance.