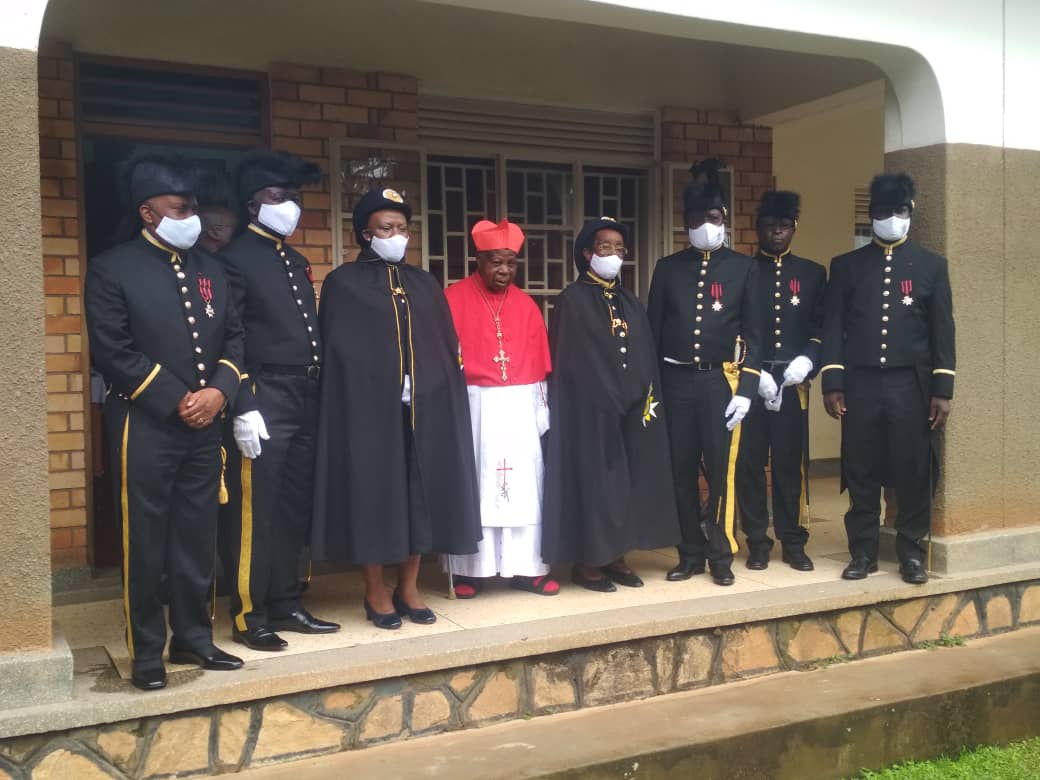 Papal Knights and Dames have today paid a courtesy visit to His Eminence Emmanuel Cardinal Wamala at his residence in Nsambya Kampala and also to share with him the honour they received.

The Eight  new papal knights and dames include; Theresa Mbire, the senior advisor to the President representing the Laity Catholics, Immaculate Mary Nansubuga who served the church as a leader for years and Regina Yiga head of good Samaritans in Kampala Archdiocese.

Cardinal Wamala expressed gratitude for such an achievement as the Papal Knights and Dames saying it’s a mark of appreciating their contribution with humility which should not be taken for granted nor forgetting that they are role models and needed to assist in all areas more than before.

Like Jesus told the disciples that whoever wants to lead he or she should not think of power but to humble and serve others, it should be their vision now and always.

Cardinal Wamala also thanked the late Dr. Cyprian Kizito Lwanga who forwarded their names to Rome and the Apostolic Administrator of Kampala Archdiocese Bishop Paul Ssemogerere who decorated them on the Pentecost Sunday at Lubaga Cathedral.

The visit to the cardinal was coordinated by Anthony Matega who pledged on behalf of the rest before the Cardinal that they are committed to service above self for the Catholic Church and all peoples.

Each Knight and Dame moved a vote of thanks to the Cardinal appreciating him for his prayers, guidance and support in their life time when he was still the Archbishop of Kampala that he made them what they are now. They made a humble donation to his residence.

Previous:
Pope Francis challenges the media to work from the field.