FDC NOT HAPPY WITH GOV’T ACTIONS OF CLOSING SCHOOLS 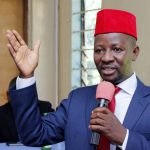 By; Charles Katabalwa The opposition forum for Democratic Change (FDC) has condemned government over its decision to close a number of public schools. The party spokespersons Ibrahim Ssemujju Nganda while addressing journalist at Najjanakumbi said it’s appropriate for Ugandans be denied education because of government mistake but rather it would have looked at facilitating the […] 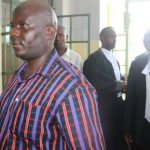 By; Charles Katabalwa The Chairman of Pine Car Bond Muhammad Sebuufu has appeared before High Court judge Anglin Senoga and denied charges of murder of a businesswoman Donah Katushabe as alleged by state. Sebuufu is accused along with seven other people, of torturing Katushabe to death in 2015, who owed his company some money from […] 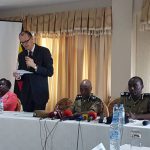 By; Our Report The Uganda Police Force has partnered with the European Union to train crime intelligence officers to fight organized transnational crimes. The transnational organized crimes include drug trafficking was valued at USD 3.3bn, apart from human trafficking, money laundering, illegal weapon trade among others which pose a threat in the world. The officers […] 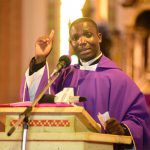