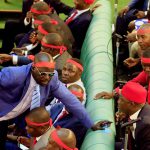 By; Ben Musanje Police have cautioned public to shun the age limit campaign dubbed “Red ribbon week” ahead of the presentation of the Age limit report and its debate in parliament. The legal affairs committee of parliament, which was scrutinizing the bill, will be presenting its report in parliament and Members of Parliament opposed to […] 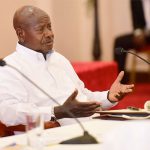 By; Our Reporter Masaka district Local Government has petitioned President Museveni over the poor state of central government roads in the district. The local government leaders claim that most of the roads that fall directly under the central government are in a very sorry state, which undermines their performance and service delivery to residents. The […] 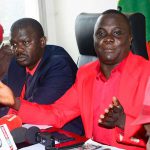 By; Francis Lubega The Opposition has declared next week, a week to stand against the constitutional amendment especially on article 102b that aimed at lifting the presidential age limit.   Addressing Journalists at parliament today, a group of opposition Members of Parliament led by their Butambala County counterpart, Muhammad Muwanga Kivumbi disclosed plans by the […] 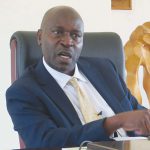 By; Our Reporter Kyambogo University has threatened to cancel the end of semester examination results of 1000 students accused of forging examination cards. According to Prof Eli Katunguka, the Kyambogo University Vice Chancellor, at least 20 percent of the students in the university didn’t complete their tuition and functional fees as required for one to […]