By Rachael Najjuma 29th Nov 2022 The Criminal Investigations Directorate-CID has slapped charges of sectarianism against Joseph Kabuleta, the former presidential candidate, and President of the National Economic Empowerment Dialogue-NEED political party. In her statement issued on Tuesday afternoon, the Deputy Police Spokesperson, Claire Nabakka, says that Kabuleta was picked up for failure to honor a […]

Police Commanders ordered to increase on defense mechanisms against gunmen

By Ben Musanje 28th Nov 2022   The Police authority has directed all the commanders in the country to instruct officers to put out of action any gunmen who attack them.   This follows several attacks on Police stations and posts at Luweero, Kapeeka, Busiika and Jinja where a number of officers have been killed and […] 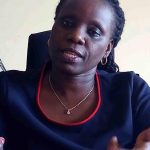 By Ben Musanje 28th Nov 2022   The Uganda National Examinations Board -UNEB have finalized the preparations for marking of Primary Leaving Examination -PLE and the Uganda Certificate of Education-UCE scripts that were conducted from 17th October to the end of this month 2022.   Addressing the Journalists at Police headquarters in Naguru, the UNEB Spokesperson Jennifer […]

By Ben Musanje 28th Nov 2022   Police have advised people in the two hotspot districts of Kassanda and Mubende to obey the government measures instituted to curb the spread of Ebola virus to avoid celebrating the festive season of Christmas and New Year in the lockdown.   During the live televised address over the weekend, […]