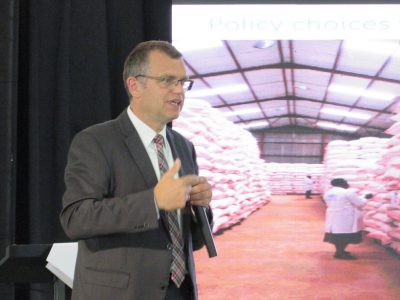 A new World Bank report released this morning in Kampala has called for urgency in closing the gap between Uganda’s agricultural potential and actual performance.

The report, titled “Closing the Potential-Performance Divide in Ugandan Agriculture”, notes that agriculture that accounts for 70 percent of employment has not been supported yet it would propel poverty alleviation.

Although Uganda has largely been growth in efficiency and technological progresses between 2005 and 2014, output growth from the sector has been negative according to Holger Kray, World Bank’s Head of Africa Agriculture Policy Unit,

According to Kray, there is a need to deal with the disconnect between agricultural policy formulation and implementation, noting that it is unfortunate that even of the three percent budgetary allocation to agriculture only 60 percent is actually executed. The agricultural sector has been allocated 894 billion shillings in the coming fanatical budget 2018/19.