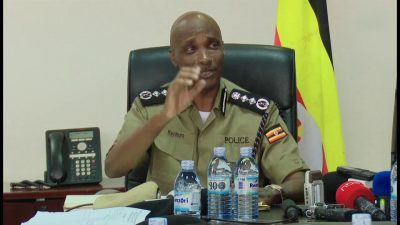 Women have been assured of security and safety following the Police and Security reshuffles that left the long served Inspector General of Police General Kale Kayihura dropped.

Addressing the media ahead of the forthcoming women’s day celebrations, the State Minister for Gender Labour and social Development Peace Mutuuzo says the wave of murders that has claimed a higher number of women cannot be celebrated at all as planned by the opposition Forum for Democratic Change (FDC) women but to sympathize and find a lasting solution.

Mutuuzo says International Women’s day that is to be celebrated this Thursday March 8 should give an opportunity to girls and women to take on any job opportunity mainly through vocational skills that builds capacity and competence to compete for job as part of the country’s 2020 middle income goal.

The national celebrations are to be held at Busuubizi Core Primary Teachers College (PTC) in Mityana District under the Theme; Empowering of Rural Women and Girls Opportunities and Challenges.