UPDF to remain on streets to ensure country’s stability – Minister 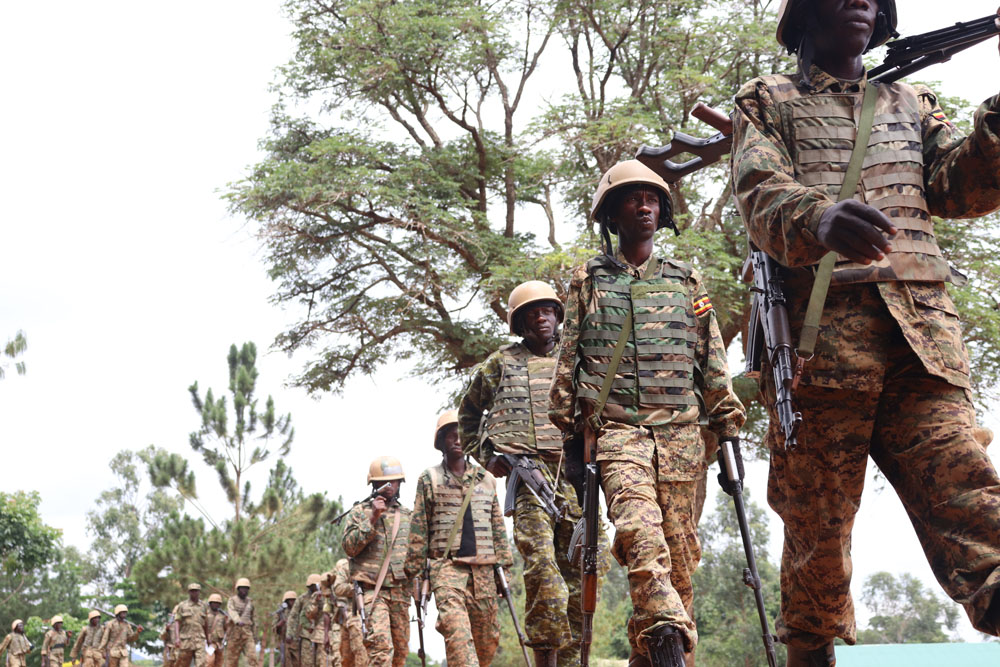 The Minister for Defense and Veteran Affairs Adolf Mwesige has revealed that the army will continue to engage in policing to keep peace and stability in the country.

He also noted that although Ugandans are complaining about UPDF engaging in police work, they can’t just sit back and see Ugandans being kidnapped and killed.

Among the mandates they have fulfilled includes; strengthening internal and external security, developing defence and security infrastructure, promoting production for wealth creation and self sustainability.

He also revealed that they are challenged with a limited budget that has hindered their full implementation of most of their commitments such as introducing the national service scheme, enhancing salaries of soldiers among others.

Other challenges they are facing he says include the ever changing technology and the Covid-19 pandemic.