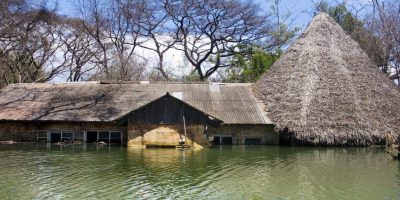 The ministry of works, water and office of the prime minister are seeking for 45 billion shillings in supplementary budget to help them address the impact of rising water levels in the country.

The supplementary budget demanded just 7 days to the end of the financial year has been tabled by the acting permanent secretary at the office of the Prime Minister James Dombo while appearing before parliaments committee on budget chaired by Ntenjeru North mp Amos Lugoloobi.

The entities informed MPs that 7.5 billion shillings will be used to ensure the safety of hydro electric dams, in which they plan to undertake surveillance on lakes and other water bodies, physical surveillance of wetlands with potential to detach and move into water bodies, provide technical guidance on which floating islands to remove and guide removal process.

The 32 billion will be for protection of lives and property in which they plan to acquire live saving and personal protection equipments, map flood prone areas, sensitize people within wetlands, immediately evict illegal settlers from flood pone areas, resettle people displaced by floods, repair drainage structures like bridges among others while 2.2 billion shillings will be for surveillance and operations

The director of water resources management at the ministry of water Florence Adong has informed mps that the problem of high water levels is not likely to end soon as they had anticipated January, July and September to be sunny but the recent forecast reveals otherwise.