UGX 11.3billion to be spent on the operationalise Mbale Masaka among other regional cities 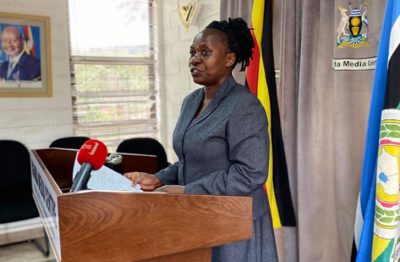 The government will spend an additional 11. 3 billion Shillings to operationalize Mbale and Masaka as regional cities during the financial year 2020-2021.

This will be in addition to the initial budget of 130 billion Shillings that was set aside for the operations of the 15 cities that were approved by Cabinet in May 2019, to be operationalized in a phased manner, over the next five years.

However, the decision is awaiting parliamentary approval.

According to State Minister for Local Government Jennifer Namuyangu, the two cities were prioritized ahead of six others after the respective local governments confirmed readiness to operationalize them, and because of their strategic importance as the oldest towns in Uganda.

She adds that the motion for the approval of the new cities will be presented before parliament within two weeks. The other cities that will become operational next financial year include Arua, Mbarara, Gulu, Fort Portal and Jinja.

According to Namuyangu, Hoima, the oil city will become operational during the financial year, 2021/2022 while the third batch will see Lira in northern Uganda and Entebbe get city status in 2021/2023. Others are Nakasongola (strategic industrial city) Moroto (strategic mining city) Kabale and Wakiso Metropolitan which will be operationalized in 2023/2024.

Each of the new cities will have two Divisions, each with mayoral and parliamentary representatives.