Ugandans question the effectiveness of the Children’s home study plan 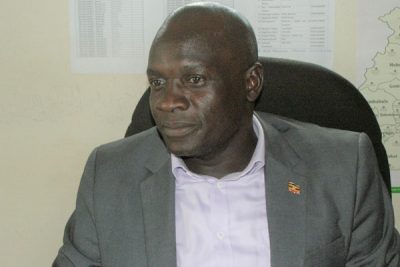 Ugandans have questioned the ability of the Education Response Plan to ensure that Ugandan children can stay safe while still acquiring knowledge in the comfort of their homes, during the COVID-19 lockdown.

The response plan is part of a framework outed by the education Minister Janet Museveni proposing that lessons be delivered through print and self-study home packages, recorded lessons and live presentations on radio, television-lessons, and online uploads to be sent to learners through mobile phones.

It came barely a month after the government announced the closure of schools on March 20, to contorl the spread of coronavirus disease-COVID-19, a measure which left up to 15 million learners stranded in homes across the country.

But educationists, leaders and parents are arguing that the plan was not well thought out, since many of the proposed interventions are being applied without a test of efficiency.

The self-study materials program championed by the National Curriculum Development Centre-NCDC has failed to yield results as many of the districts have reported receiving just a handful of materials. Wakiso district which has the highest number of learners in both secondary and primary Schools received 24,964. Primary schools in the area are estimated to have over 400,000 pupils and secondary schools have a population of 120,000 students.

Mityana Resident District Commissioner, Isha Ntumwa says the plan is self-defeating. Similarly, Bududa District Education Officer Betty Khainza says that the distribution of self-study materials is not feasible and might not yield anything for both the learners and the country.

Initially, the National Curriculum Development Centre had targeted 10.7 million children in primary, two million in pre-primary, and two million students in secondary schools and according to Dr Bernadette Nambi Karuhanga, the Deputy Director of the centre, they had to produce 12 million copies accounting for each learner. This was dependent on data from the Uganda Bureau of Statistics-UBOS.

The Ministry of Education Spokesperson Patrick Muinda notes that given the fact that the plan was responding to an emergency, several things are being just tried for the first time. Muinda notes that they have decided that the national broadcaster UBC locates the areas where its signals do not reach so that radio stations in those areas are incorporated into the programme.

The ministry is expecting to receive USD 20 million (approximately 76 billion shillings) education response and recovery grant from Global Partnership for Education. Countries like Rwanda and Zambia have already benefited from the same grant each getting USD 10 million.

Although the education ministry missed out on the COVID-19 supplementary budget, its allegd that  the ministry drafted a four trillion Shillings budget to respond to the situation but due to lack of funds they decided to start with an action budget of 28 billion Shillings and that already 12 billion Shillings was spent to print the self-study materials. However, Robert Kabushega, the Chief Executive Officer of Vision Group, whose printing arm was contracted to print the material says that the company signed a contract worth 5.9 billion Shillings for the job.