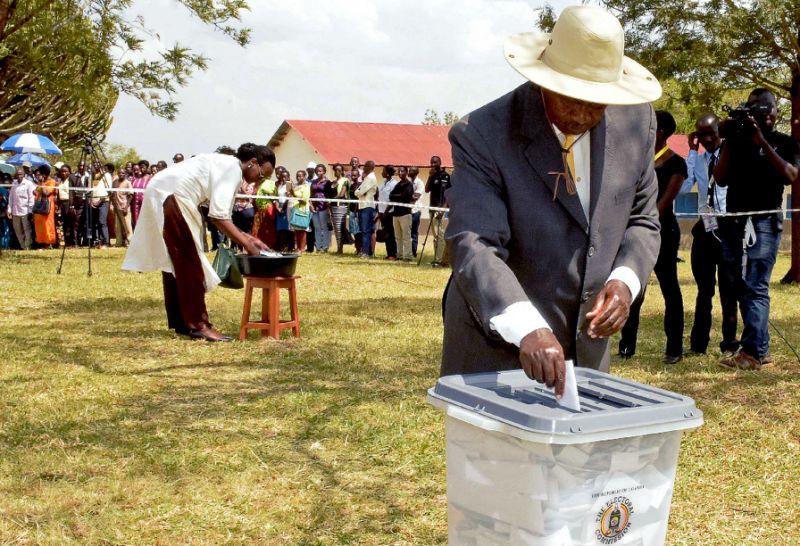 Addressing a press conference in Kampala today at the release of their preliminary report on the elections, the women said the presence of armed security personnel intimidated voters in many parts of the country.  The law bars the deployment of armed personnel at polling stations.

Judy Kamany, who spoke on behalf of other women, said in the subsequent elections like those to be held on Wednesday this week and next week, the government should ensure that voters make their decision without fear of anyone watching them. The women also cited the violent campaign period as another factor that hindered people from making their decisions on who to vote for.

The Women Situation Room a women-led group to preventing and reducing violence during the electoral cycle, observed elections in 30 districts across the country.

According to their preliminary report, at many polling stations, biometric machines malfunctioned whereas in other areas there was late or incomplete delivery of voting materials which delayed the start of the voting process.

The report also notes that there was anxiety among voters whose names were not on the register and those who did not have voter location slips while at some polling station voters without IDs were not allowed to vote.

On the observation of Covid-19 standard operating procedures, the women said it was lacking in many parts of the country.