Tree belts needed within the city centers to protect the environment 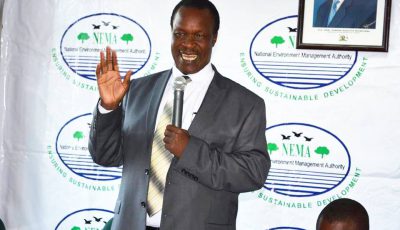 The minister for water and environment Sam Cheptoris has emphasized  the need for the country to have forests in urban centers contrally to degazetting them for urban development.

The minister together with officials from National Forest Authority had appeared before the Natural Resources committee of parliament to give status reports on different forest reserves in the country.

Cheptoris says with the climate change in place, the country purely needs forests in urban centers too like it is the case in some countries  and urges that those forests in towns that are still intact should remain undisturbed or if so, a nearest land should be exchanged for this matter to have replanting.

The Executive Director National Forest Authority Tom Okello Odong highlights the absence of boundaries as the main challenge to protecting the forest reserves.

He says as the Authority, they are now looking at icing concrete pillars in opening the boundaries of these forests than the old system that has existed of digging trenches which makes it so easy for encroachers.

Meanwhile, Odong mentions government entities like Uganda land commission and Uganda Investment Authority as some of the contributors to encroaching on forest reserves since these give out land titles and give forest land to investors respectively.

Here, he mentioned the Namanve forest reserve that has highly been affected and that Mabira forest too is under threat due to increased encroachment by the public.

Posted: Wednesday 6th November 2019 06:35:20 PM
Next:
A Special committee instituted to investigate the brutality of security agencies against Muk students

Previous:
Ingrid summoned to court over beating a police officer