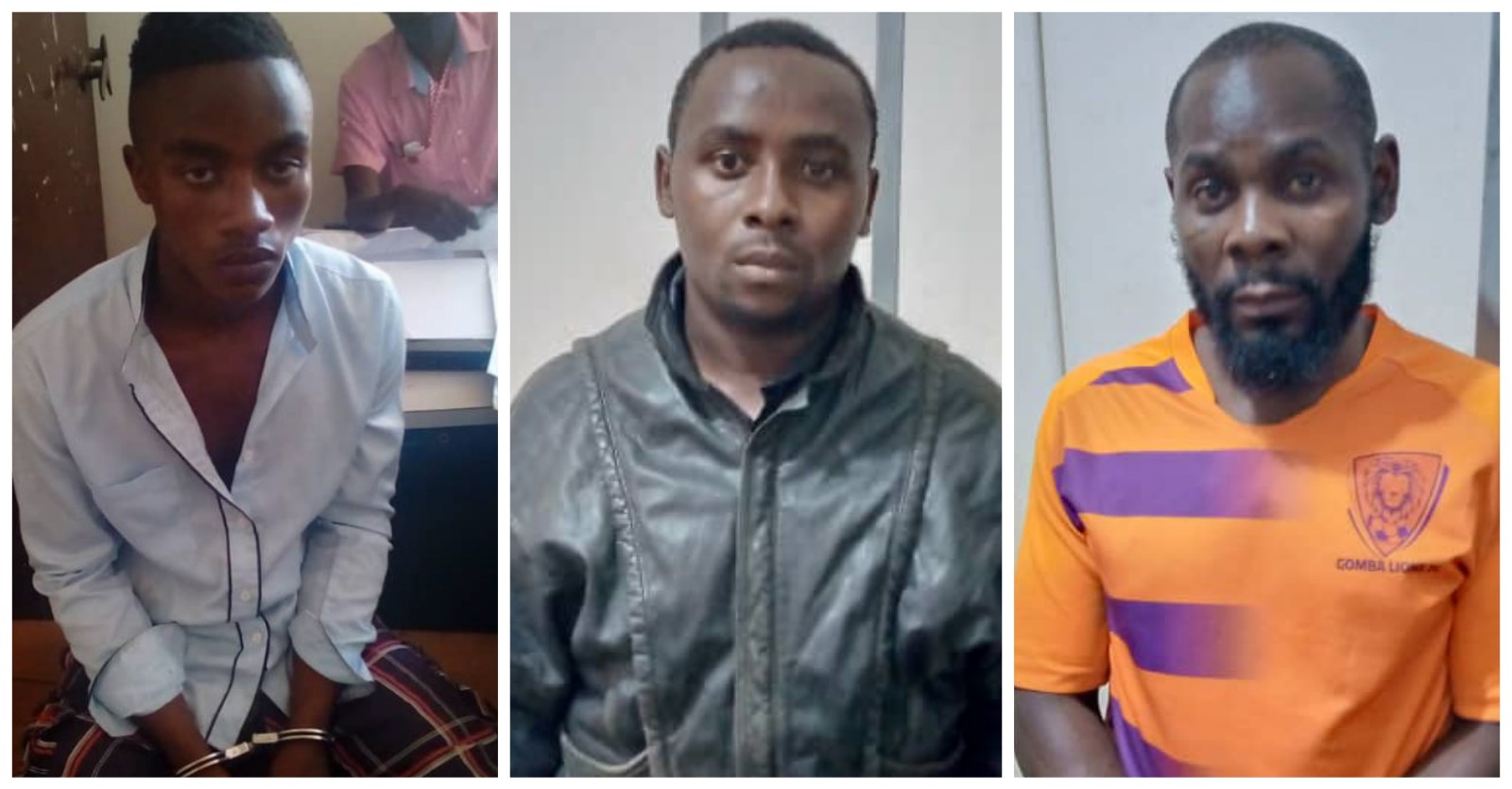 The Territorial Police in Entebbe together with the Special Forces Command (SFC) have arrested three people in connection to the wave of dropping threatening leaflets in Katabi Town Council and the surrounding areas.

The arrest that was conducted under a joint operation followed anonymous leaflets thrown in Katabi Town Council threatening to attack the Mayor Ronald Kalema and other several homes by unknown assailants according to the Police Spokesperson Fred Enanga.

Enanga says that the assailants including Asadu Kirigwajjo, a former private bodyguard to the Katabi Mayor, William Lubega, a mechanic and Ronald Baluku, an escapee from Katabi Police station demanded two million shillings in the leaflets from the mayor and also warned him that he is being watched wherever he goes or else they would attack him.

Enanga further explains that the breakthrough followed an attack late last month at the home of one Andrew Mulindwa in which the assailants stole one of the vehicle’s number plates and demanded money from the owner.

The development comes at a time when cases of threatening leaflets being thrown have increased in various parts of the country after the backdrop of similar letters in the areas of Greater Masaka region where over 28 people have been killed by machete wielding assailants who attack homes at night.