State insists Tumukunde is a threat to the Country. 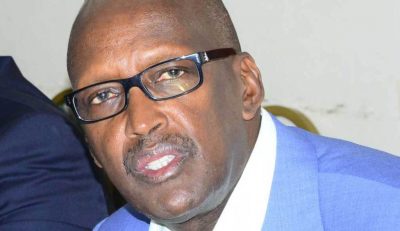 The State Prosecutors have requested court to deny bail to Retired Lt General Henry Tumukunde that he might threaten the security of the state as well as interfering with investigations.

These led by Lino Anguzo in their submissions filed before Justice Wilson Kwesiga allege that Tumukunde has been a Cabinet Minister of Security an influential position and is a man with a lot of human and material resources making him capable to interfere with investigations.

Furthermore they say that Tumukunde is an influential person having served as the former Commandant of 4th Division in Gulu, former Army Member of Parliament and former Head of Internal Security Organization before retiring at the rank of Lt General which they contend that it’s a very high rank in the army and capable of doing whatever it takes in his will.

All this was in response to Tumukunde’s bail application filed last month where he asked court to release him so that he can resume with consultations for his presidential bid as well as to be able to fend for his family since he is their sole bread winner.

Tumukunde was arrested and jailed on allegations that during the month of March 5th 2020 at NBS TV Kamokya in Kampala District at the Morning Breeze Program made statements calling for unlawful change of the legitimate Government of Uganda and further that on March 13 at Impala Avenue in Kampala District, Tumukunde was in illegal possession of an AK 47 rifle Registration number 19865 without a valid firearm license. It is also alleged that on the same day, Tumukunde had a Star Pistol Registration number EL 860030 without a valid license.